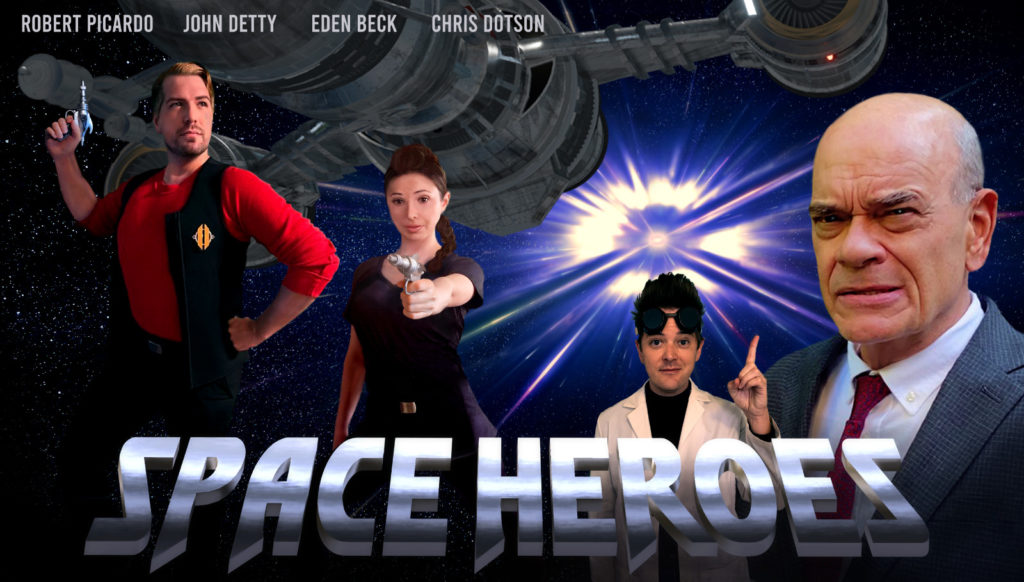 SPACE HEROES is an original sci-fi series set in the year 2159. Faster Than Light travel has become reality and mankind is expanding beyond the solar system.

CAPTAIN HAMILTON is being called into action by THE PRESIDENT to find out about a mysterious signal 5000 light years away.

The world of SPACE HEROES is inspired by the more positive versions of the future and the shows that heavily influenced my childhood – especially Captain Future and Star Trek.

The vision for this project is to bring back the sense of wonder and adventure of real and fictional space travel and the lighthearted fun of old serials.

The concept is to produce an entertaining series for Youtube with episodes of about 10 minutes length.

The man, the legend – and of course the doctor from STAR TREK: Voyager.

He has appeared in over two dozen films, among them “Hail Caesar!” “Gremlins 2” and “Total Recall”

The captain the universe needs.
And  maybe also deserves.

John Detty is a career actor of 20 years. He studied at Wright State University, Tshwane University of Technology in South Africa, and ultimately received his BFA in Acting from Ball State University. You may recognize him from Gossip Girl, 30 Rock, Braindead, Unbreakable Kimmy Schmitt, and Blue Bloods. He is a proud member of Actor’s Equity and Sag-Aftra.

Eden Shea Beck is an actress located in Los Angeles.  She graduated with a film degree from University of Southern California School of Cinematic Arts.  She has appeared in numerous commercials, music videos, film, and television.

Smartest man alive and inventor of the hyperdrive. Has no humor setting.

Chris Dotson is an actor, writer and accomplished cat owner. He has appeared in numerous TV shows over the years, all kinds of commercials, and has a bit of a cult following on YouTube for his David Lynch impression.

William Dunz is an awesome stop-motion artist and voice actor.